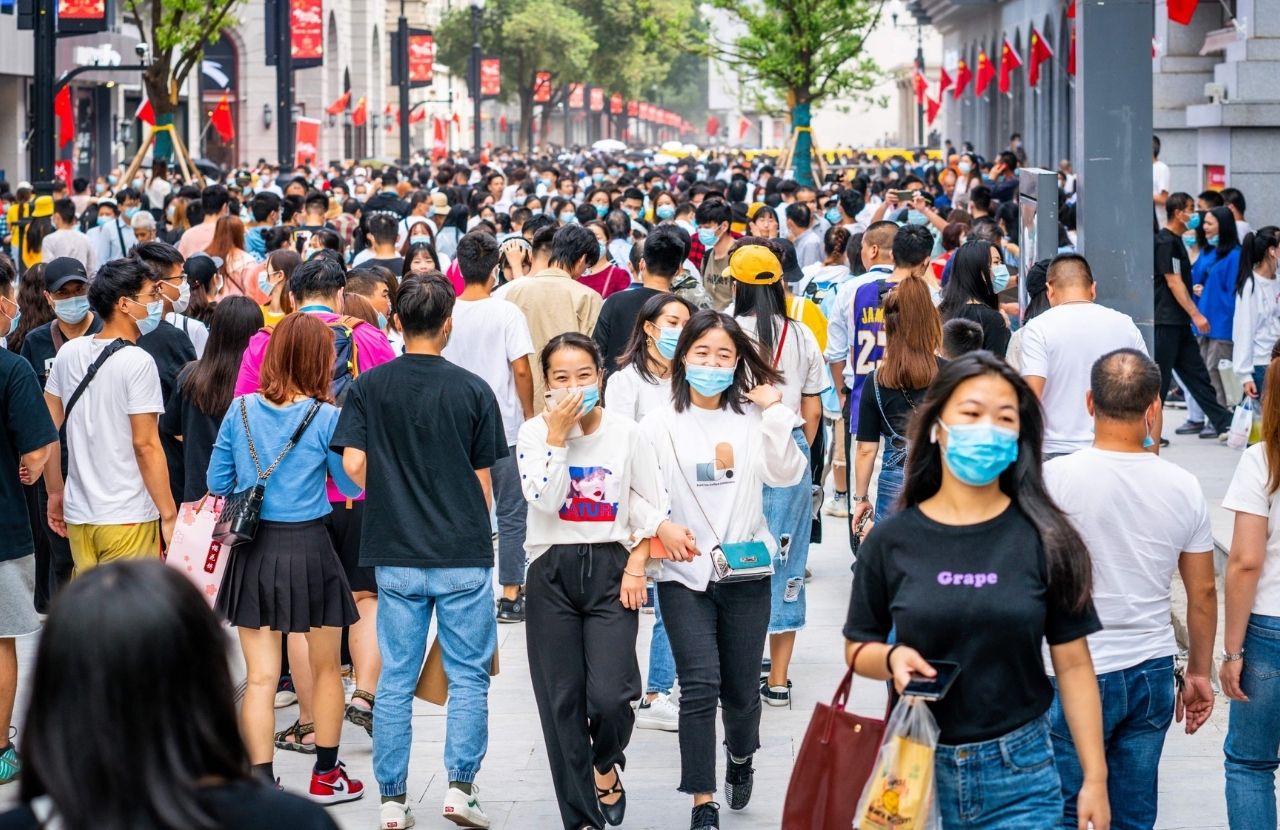 China is facing yet another Coronavirus outbreak and is taking significant steps to curb its spread any further. China has reported new cases for five consecutive days, most of which have been reported from the northern and northwestern areas of the country.

The Chinese administration reported the fourth day of new locally transmitted COVID-19 cases in many cities across the country. A total of 17 new local cases were reported for Oct. 19, up from nine a day earlier, data from the National Health Commission (NHC) showed on Wednesday.

The sudden rise in virus cases has alarmed local governments to double down on efforts to track potential carriers amid the country's zero-tolerance policy. While the news has surfaced online like a wildfire, officials have not disclosed how those with cases reported on Monday and Tuesday contracted the virus.

But according to experts, the tentative signs indicated there might be multiple sources of the virus across China, which could complicate the country's efforts to seek zero infections. The latest numbers reported new cases in eight cities and administrative divisions and were more than four for Oct. 18.

Meanwhile, the new numbers also highlighted that almost half of the 26 local reported cases found on Monday and Tuesday originated from close contacts of an elderly couple. The couple had traveled in the provinces of Shaanxi and Gansu and the Chinese region of Inner Mongolia before being confirmed as COVID-19 patients on Sunday.

Rising Cases in China Could Jeopardize Next Year's Winter Games

Additionally, one case was found in Beijing's capital, which is all set down to host the upcoming Winter Games in February 2022. And while canceling the game could hurt both the economy and the view for China, all the authorities are seeing multiple actions to curb down the cases in the country.

As of now, restrictions have been imposed once again, and the administration canceled hundreds of flights. The authorities have also started mass testing to check whether the virus has re-entered in both local provinces and major cities.

Furthermore, schools have been shut for now, and Beijing has continued to impose strict border closures and targeted lockdowns while systematically easing the restrictions. On the other hand, local authorities have also closed all tourist sites, scenic destinations, and entertainment venues in places that have been affected by the latest outbreak.

As for the living households, the majority of the housing compounds are under targeted lockdowns as well. The city of Lanzhou has asked its residents not to leave unless it is necessary. As the world starts reopening the economies, the new number of cases and newer variants are expected to be the biggest challenge for the world.