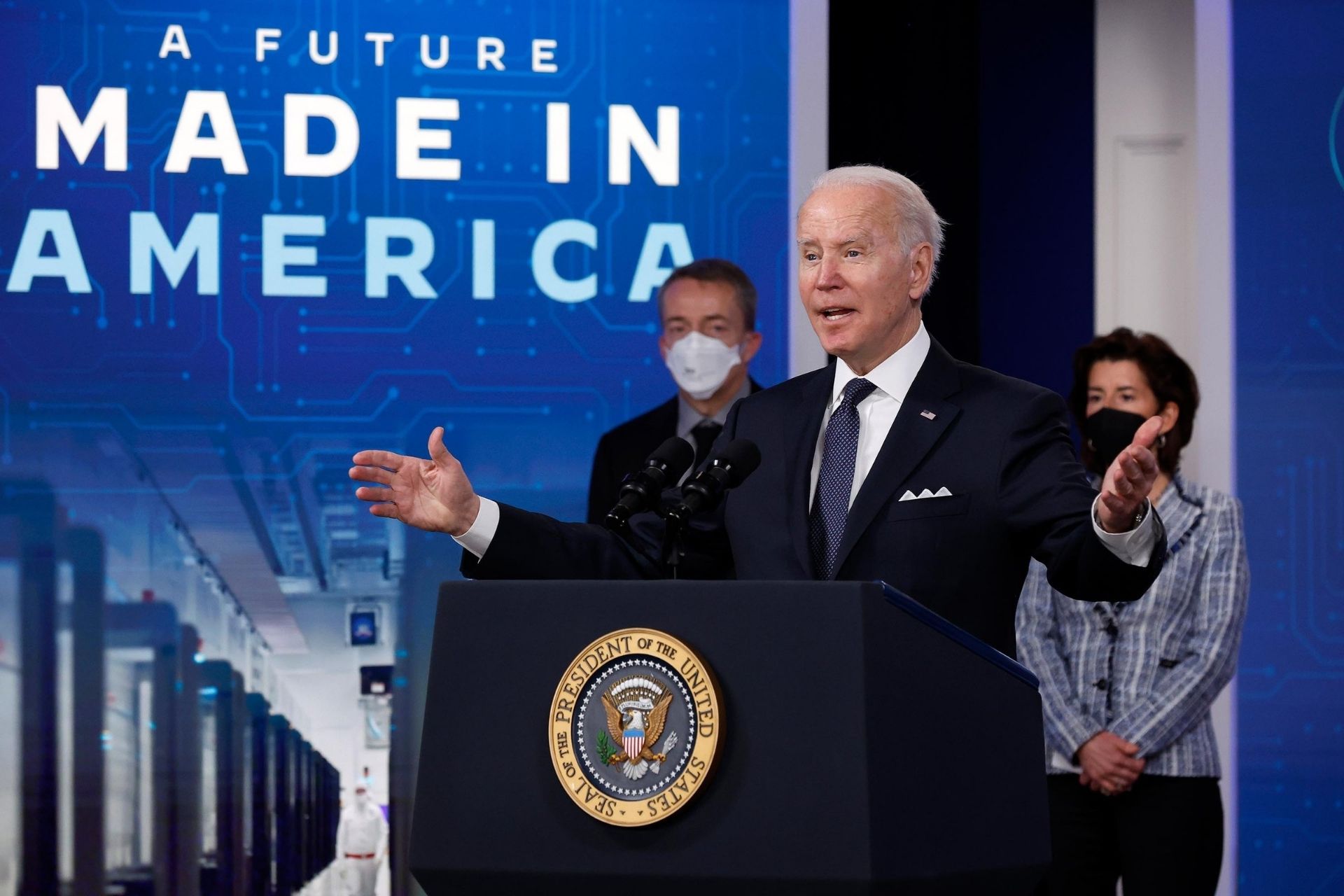 The US has announced a new bill that will aim to strengthen manufacturing and produce long-term benefits to the national economy. The bill is also seen to lower dependence on other major economies such as China's.

The US House of Representatives has announced the "America COMPETES Act 2022". The new bill also contains several immigration-related provisions to support STEM students to stay much longer in the US.

The bill, which aims to invest billions of dollars in the US tech sector, will be presented for international graduates from a US institute of higher education in a STEM field.

It will also be present for equivalent qualifications from a foreign university with more. Such significant changes in the students' benefits will allow the US to regain international confidence in their universities.

Latest headlines: SAT going to be digital, shortened duration by 2024.

Under the America COMPETES Act 2022, students pursuing degrees in a STEM field (science, technology, engineering or mathematics) will be required to pay a USD 1,000 supplemental fee to fund scholarships for low-income local students in STEM sectors.

America COMPETES Act 2022 will also allow spouses and children under this green-card programme.

New startup-owners getting a one-of-its-kind opportunity

Since the start of 2021, the global economy and the US have recorded a massive jump in startup companies and organizations. According to one recent statistic, there were 5.4 million new business applications in the US alone in 2021, rising from 4.4 million in 2020.

Seeing a major rise in entrepreneurship, the bill will also aim to strengthen local businesses and allow a new startup visa category for foreign entrepreneurs.

To be known as the 'W" non-immigrant visa for foreign entrepreneurs, business owners who have started their business not more than 5 years ago can fill out the startup-visa application.

The visa will allow such entrepreneurs to work more in the US, along with their families and 'essential' foreign workers in such enterprises.

Eligible entrepreneurs will be required to have an ownership stake of at least 10% in the startup. They must also show a minimum of USD 250,000 in US citizens or organizations investments or USD 100,000 in government awards or grants.

The icing on the cake is that family members can also receive work permits. Furthermore, it also provides a pathway to a green card that can lead to American citizenship.

Bobby Franklin, president of the National Venture Capital Association, said, "A startup visa has been our top priority for many years, and we are thrilled to see it advance out of the House."

"This concept has always enjoyed bipartisan support because it allows the world's top entrepreneurs to create new companies and jobs here in the US," Franklin said.

Unlike the UK and Canada, the US government doesn't have such visa policies for startups. Up until now, an International Entrepreneur Rule (IER) has existed that enables eligible foreign entrepreneurs to stay in the US for two-and-a-half years, with the possibility of an extension of similar tenure.

The criteria of funds raised are similar, as in America Competes Act 2022, of a minimum of USD 250,000 for qualified US investors or USD 100,000 from government grants.

After a year of holding a 'W' visa, the America Competes Act permits adjustment to a green card. Specific conditions relating to funding, turnover, job creation, ownership interest in the startup and an active role in its management or operation will be met.

In addition to the startup visa and removal of green card caps for STEM PhD holders and their families, America Competes Act has several immigration proposals for Hong Kong residents.

"The Senate has passed a version without the immigration provisions. They will have to hammer out a compromise bill and send it back to each house for a new vote," immigration attorney Greg Siskind stated.