To end the housing crisis, tens of thousands marched in Amsterdam 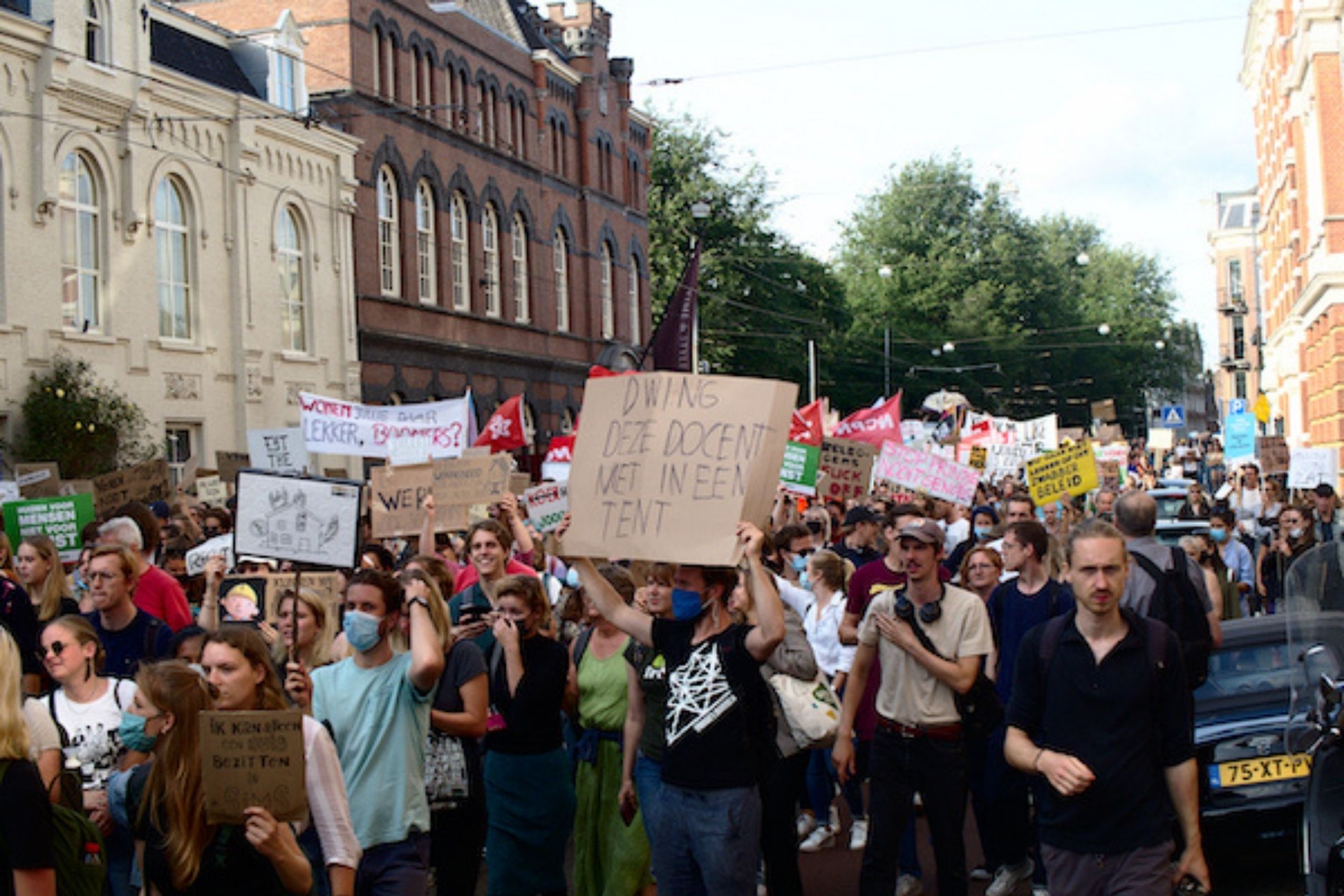 At the demonstration in Amsterdam on Sunday, organizers estimated that some 15,000 people were in attendance. Organizers of the rally, Woonprotest, were joined by over 200 organizations, including political parties, labour unions, housing firms, and housing rights campaigners, to bring attention to the issue.

They argue action is needed to end the situation due to rising property prices, a lack of affordable rental housing, and long waiting lists for social housing.

People in precarious living situations are in urgent need of a multi-level movement for housing justice in the Netherlands, according to Abel Heijkamp, a campaigner with the Bond Precaire Woonvormen. There is a need for individuals to mobilise locally in their communities, at the city and municipal levels, and on the national level. Wenn, all of us, come together. This housing issue will be over," he said. We want people to live in a safe and economic environment, Heijkamp remarked.

Dutch resident Annelies Groot was taken aback by the size of the protest. Reports say that 'people seem to have finally woken up to the gravity of the housing issue'.

"A couple of hundred people showed up as we protested the sale of my social housing development. This is not only about housing,' she remarked. How much you spend on rent impacts how much money is available for other essentials in modern society.

Yuval Danon, an art student in Amsterdam, said he was well aware of the consequences of the housing problem. They have no idea where to go. As a result of this, I was evicted from my home for three weeks.

Numerous local authorities in the Netherlands, such as Amsterdam, Rotterdam, and Wageningen, have no idea how many international students are affected.

According to the police, a group of 61 people were arrested later that day for attempting to squat in an unoccupied structure. In the Netherlands, squatting became prohibited in 2010. After the police used disproportionate force against them, the settlers issued a statement saying that squatting was a form of protest.

Young Capital CEO Rogier Thewassen owns 116 buildings, including the property they tried to take over. On Sunday, the Woonprotest event kicked off a series of protests that will take place throughout the fall. Unrelated to Woonopstand, a new demonstration is being planned in Rotterdam on October 17th.