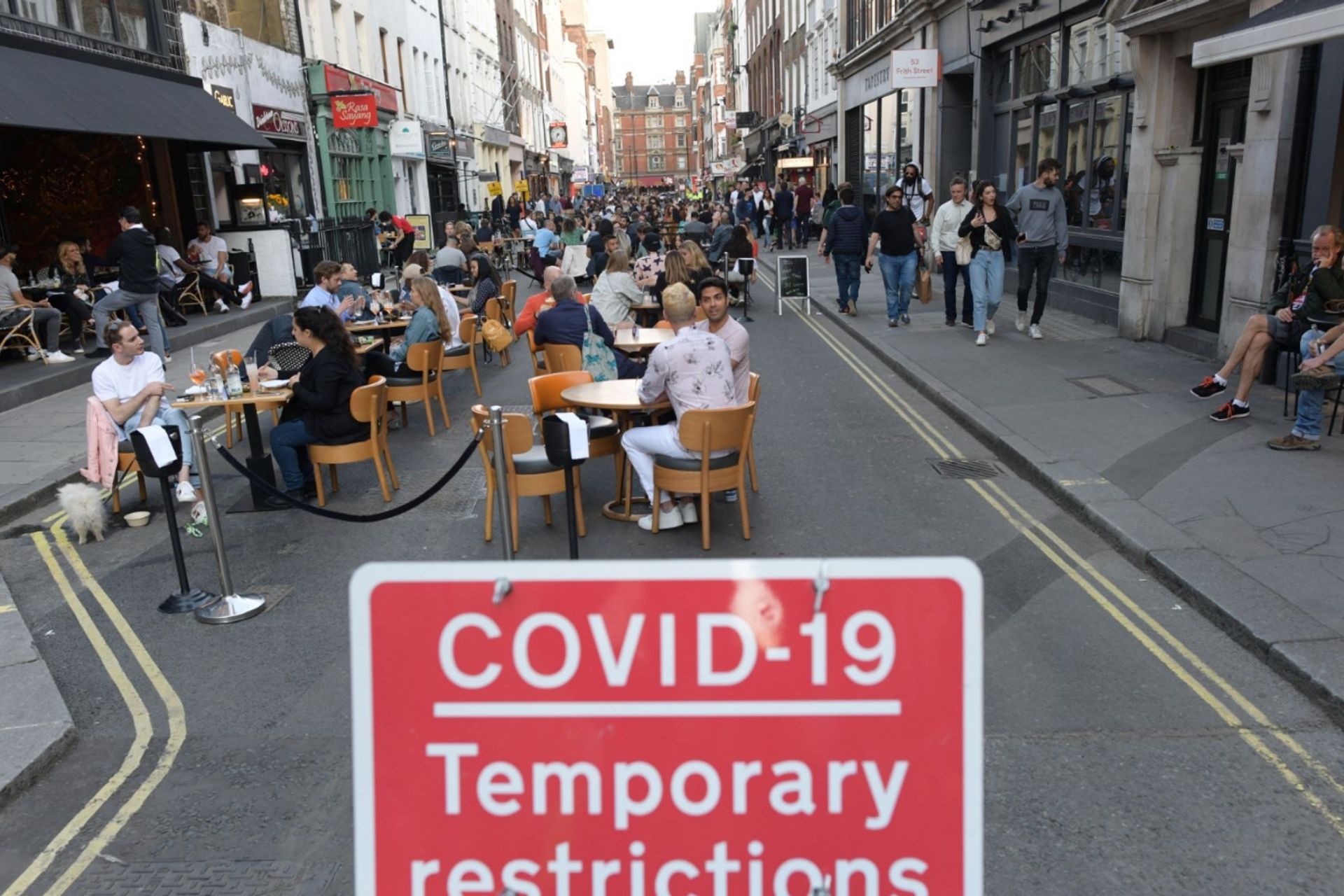 On yet another shocking and unprecedented day, the United Kingdom reported more than 40,000 cases again on Saturday. The new numbers highlighted the consecutive spikes for the fourth straight day in the last week.

According to the official figures released on Saturday, the U.K recorded a massive 43,423 cases last weekend. With this, the total toll of Coronavirus patients reached a whopping 8,404,469, as the Xinhua news agency reported.

Meanwhile, there were 7,086 active patients of the novel virus in the country. As the winter season is swiftly approaching, the nation is starting to see an increase in the number of Covid-19 patients.

Survey suggests Students and Teachers Hesitant About The ‘New Normal’ at England’s Universities. Find out why!

As per the latest data from the National Health Service (NHS) Test and Trace, it is estimated that 400,000 coronavirus test samples were processed through the Immensa Health Clinic lab in Wolverhampton, and an estimated 43,000 people may have been given incorrect results between September 8 and October 12.

With an overwhelming number of cases from several parts of the country, an investigation was launched into reports of people receiving negative PCR test results after having previously tested positive on a lateral flow device.

New mutation of Delta variant under close watch in UK

The U.K Health Security Agency (UKHSA) said most were in southwestern England. More than 85 percent of people aged 12 and over in Britain have had their first dose of vaccine, and more than 78 percent have received both doses, the latest figures showed.

As the vaccination drive is coping up in the country, many experts believe that rapid reopening of the borders and lifting lockdown has contributed to the rise in the number of patients in the U.K.

This is when Australian administration believes the return of international students.

Additionally, the U.K also has lagged in rolling out the vaccines to adolescents amid concerns that some side effects undermined the net benefit of the shots. As the test results had verified that children are less likely to become seriously ill, the delay meant most older children weren’t offered a vaccine until the school year had started.

A recent React-1 study carried by the Imperial College London found that the prevalence of Covid-19 is growing among those aged 17 and younger. The reproduction rate in that age group was 1.18, meaning that on average, every ten young people infected are passing it on to about 12 others.

With the evolution of viruses into various forms, such as Delta and Delta Plus (mutations - Y145H and A222V), the U.K government has made all viable attempts to curb the spread. And amid this restriction-reopening rope war, the administration is bound to take specific actions which may or may not reflect fruitful results in the most rapid manner.