10 Best Areas To Live In Liverpool 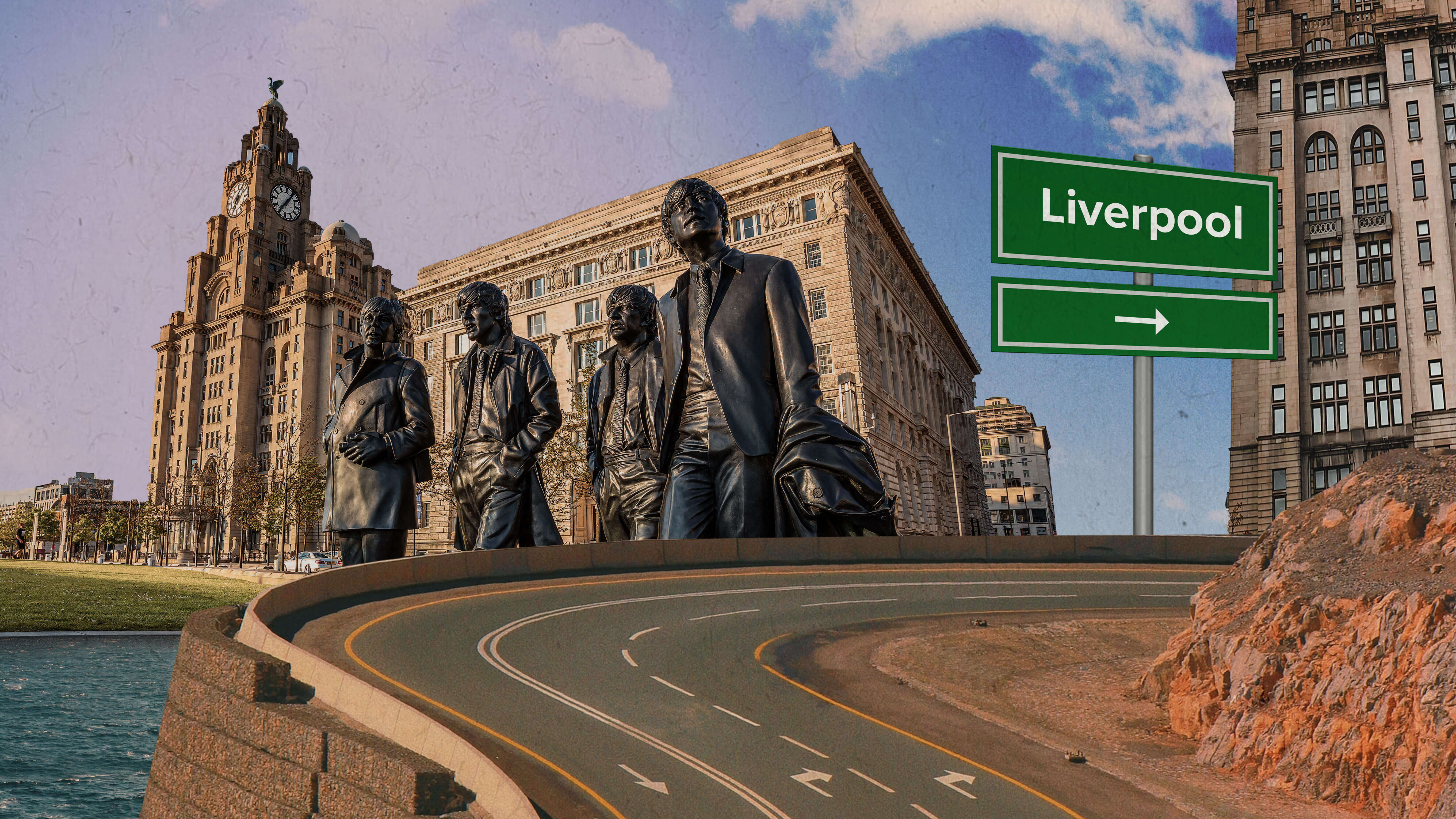 Where to live in Liverpool!?

Have you ever considered Liverpool as someplace other than travel and football? We highly recommend Liverpool as a student city as the cost of living is less than other big student cities. The city is also considered a safe and secure place for students to reside away from home. This is why students worldwide fly to Liverpool to experience the city’s culture and top-notch education from renowned universities like the University of Liverpool, Liverpool Jhon Mores University, Liverpool Hope University, and Liverpool Institute of Performing arts. These students are always looking for safe, secure and budget-friendly places to live.

We have a list of the best areas to live in Liverpool:

Some of the most attractive neighbourhoods in Liverpool are Sefton Park and Lark Lane. A 200-acre, grade 1 listed green area is available to locals in the famed Sefton Park, which is only ten minutes from the busy city centre. With an impressive selection of independent bars and eateries catered to its cosmopolitan patrons, Lark Lane is regarded as the bohemian partner to its verdant green neighbour.
Lark Lane, which has long been a favourite hangout for students and young professionals, is located just south of Liverpool's downtown. It does boast a diverse selection of bars to appeal to both young and old, as well as several local and ethnic restaurants. Some of the most hyped and preferred places near Lark lane and Shefton park are:
1. Carven Club
2. Pros and Coms
3. Liverpool art’s bar
Due to the easy access to Sefton Park, this could also be an excellent spot for students to hunt for a home.
This is one of Liverpool's best amenities for everyone from fitness enthusiasts to families enjoying a sizable green park in the centre of a metropolis.
Lark Lane is a potential area for stepping onto the property ladder because housing costs are still within reach.

Crosby is a developing neighbourhood to the city's north, just a 20-minute drive from the centre. Crosby has it all regarding open areas, sports facilities, and theatres. It is widely known for its academic brilliance and has a vibrant private school community. It has convenient access to a neighbouring award-winning beach and various countryside side treks, giving visitors the best of both worlds.
Crosby, popular with individuals who wish to be close to the sea and beaches, is located just north of the city centre. You can commute using public transportation, which will take you into the city in around 20 minutes.
Additionally, you can access various private schools and outdoor attractions like parks. Because of this, many families opt to live in this Liverpool neighbourhood.

Aigburth, which is tucked along the River Mersey, is located to the south of the centre. It is regarded as one of the top locations in Liverpool and throughout the UK.
There are a lot of hip bars and restaurants for young professionals, and families will love the fantastic combination of lush outdoor parks and a more rural village atmosphere, like the
1. Cobo oriental
2. Paul’s place
3. Otterspool park
4. Little green cafe bar
You need to consider that Aigburth has several substantial properties, including old Victorian houses.
Aigburth, located to the city centre's southeast, is a coveted neighbourhood in Liverpool. These two communities boast top-notch schools and magnificent natural spaces like parks and river walk that appeal to young professionals and families. The quick commute into Liverpool's city centre, which takes only 15 minutes, is another major perk of living here. The Beatles' well-known Penny Lane, made famous, is another highlight of Allerton.

Woolton, situated in the southeast of Liverpool, is one of the city's well-liked family neighbourhoods. This area lies in the city's south and is a wealthy and prestigious neighbourhood. This neighbourhood, which is only 6 miles from the city centre, is teeming with clubs and restaurants and contains some of the most extraordinary homes in the city. Any resident can save a significant amount of time on the morning commute thanks to the excellent schools and short distance from door to door. Until 1913, Woolton was a distinct village before it was formally incorporated as a borough of Liverpool.
It has developed into one of the top neighbourhoods for middle-class families choosing to reside in Liverpool over the past few decades. This is partly because there are more schools and the area is quieter.
Since Woolton is home to many well-known Beatles sites, like John Lennon's childhood home and the St. Peter's Church, where he and Paul McCartney first met, you might be familiar with the town.
Another draw of Woolton is the seeming abundance of clubs, restaurants, shopping malls, theatres, and other entertainment venues.

North of the city centre is Anfield, best known as the stadium where Liverpool FC plays. But this field, which has gained much popularity among experts, encompasses much more.
Given that it is one of Liverpool's most sought-after postcodes, you should be prepared to spend a high price on a house or apartment there. However, this hasn't deterred business owners or real estate investors.
The fact that the entire area is a part of a regeneration project with an estimated cost of £260 million has made it particularly alluring.
There is also a thriving nightlife, making it less suitable for those with young families.

At Allerton, you may experience a distinct smaller-town atmosphere three miles south of the city centre. People who reside here like how there are many little pubs, restaurants, and neighbourhood shops centred around Allerton Road.
Allerton can be an excellent choice for families wishing to reside in Liverpool because it's close to the city centre and offers spacious family houses at affordable prices. Additionally, Allerton may provide whatever you require due to its top-notch primary, secondary, and college schools.
The University of Liverpool is located in this area and is considered one of the safest areas for student accommodation in Liverpool.

Due to the wide variety of early childcare centres and schools in West Derby, where the neighbourhood gets its name, many families have made this their home.
It is also renowned for offering a wide variety of larger family houses at uncommon prices in other areas of Liverpool.
You might have a terrific location for your new family house if you consider all the parks and open-air athletic facilities.
Additionally, a Liverpool City Council ward was added to the region. The population was 14,382 as of the 2011 Census.

Ropewalks is as close to the city centre as it gets, making it a fantastic choice for young professionals and students. Many of the more well-known clubs are right outside your door so that you can participate in all the social events and nightlife.
There aren't many houses here; instead, apartments predominate; consequently, you won't find many families wishing to move here.
Due to the abundance of independent stores, it also has a more neighbourhood-like atmosphere than other parts of Liverpool. Liverpool Jhon Moores University is located close to the university. The area is also well connected to the rest of the city with public transport, clubs, and pubs for recreation and leisure.

The Everyman Theatre and The Liverpool Philharmonic Hall are located in the Georgian Quarter, perhaps best renowned for their cultural scene. This may also help to explain why there are bigger homes available because, historically, this was where the elite would reside.
It remains one of Liverpool's most fashionable neighbourhoods today, so house prices there have skyrocketed over the past 20 years.
This area may be worth considering for upper-middle-income families, given numerous top-notch schools nearby. Remember that your commute may only be a short distance as well.
Any major UK city's central real estate can be pricey, but Liverpool is one of the least expensive. The most desirable neighbourhood is the coveted Georgian quarter; if you are looking for the most excellent choice and money isn't a significant worry, this is the area for you. There is a great demand for living and working in these districts, making them an excellent choice if you want to stay central for work. These areas are home to some of the top restaurants in the city and offer remarkable architecture. As the name implies, the Georgian Quarter is home to several lovely terraced houses with stylish Georgian architecture, giving this bustling neighbourhood a rich feel.

One of the coolest neighbourhoods in Liverpool is Baltic Triangle near the city centre. This is the place you might want to be if you want to get noticed or see some of the local celebs. However, it's also not your typical city centre nightlife because you're probably going to find a lot of odd and unique clubs and eateries. This might be the most significant area in Liverpool and the UK for young professionals willing to pay a little more for accommodation.

‍Q2. Is it easy to find student accommodation in Liverpool?
Ans: Yes, there is a growing need for accommodation, considering that the city is home to several renowned universities on the continent. You can use this to discover different student accommodation options nearby. Amber helps you find the ideal student housing that suits your needs, wants, and budget in a desirable location.

‍Q3. What is the average rent one has to pay for student accommodation in Liverpool?
Ans: One of the key factors affecting student accommodation rent is location. A week's worth of housing might cost as little as £89 or as much as £195. The many amenities and services provided by the housing, in addition to the location, as well as the efficiency of the room, have an impact on the rent. Your rent will decrease as you travel further from Liverpool's city centre.

Liverpool has many to see and some of the best places to live. Here are Liverpool's top ten neighbourhoods. You can pick whichever of them best fits your tastes, preferences, and likes. Move and experience the pleasure and energy. All ages are catered to in Liverpool. We wish you the very best and a prosperous stay in the UK! We hope the best for you. 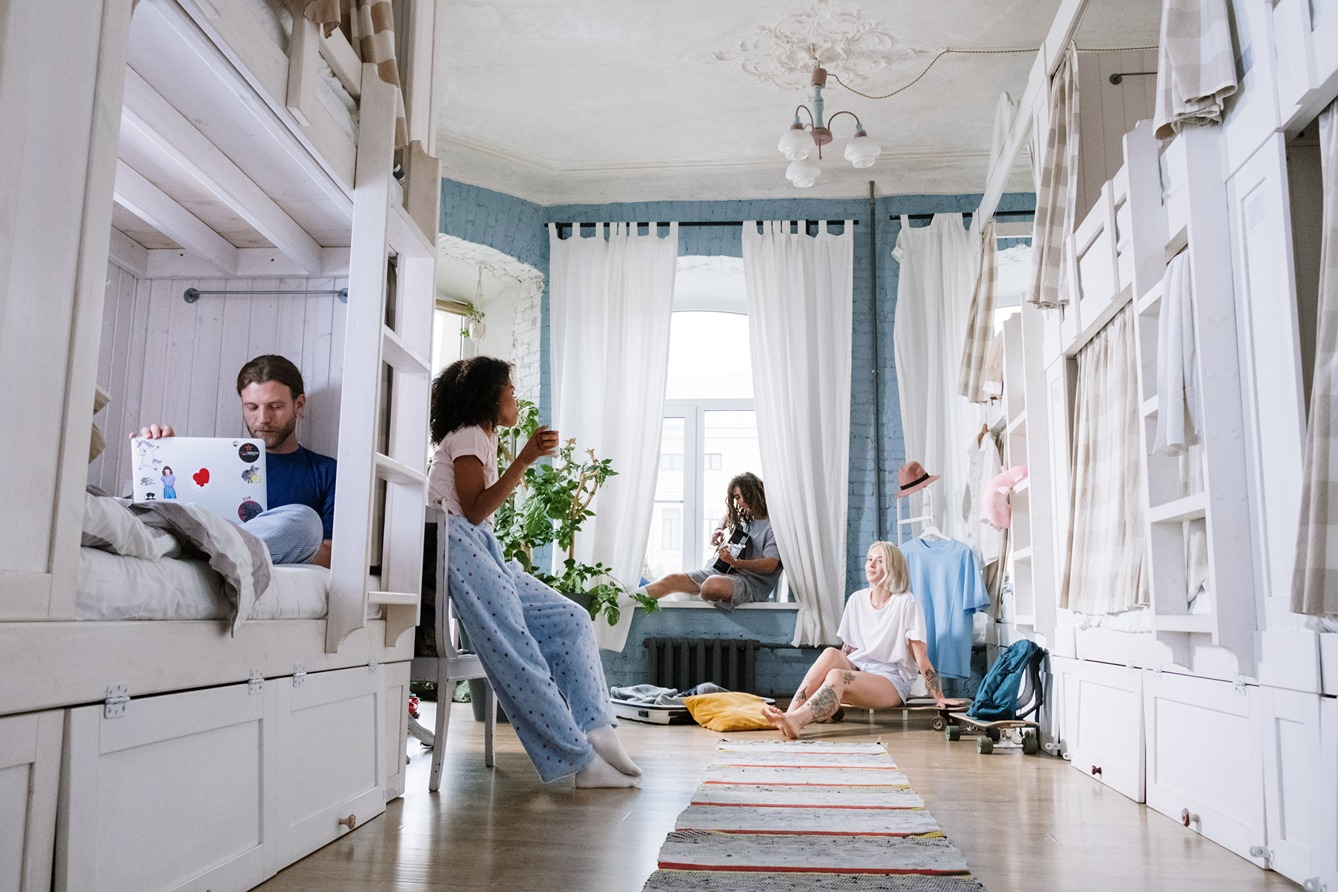 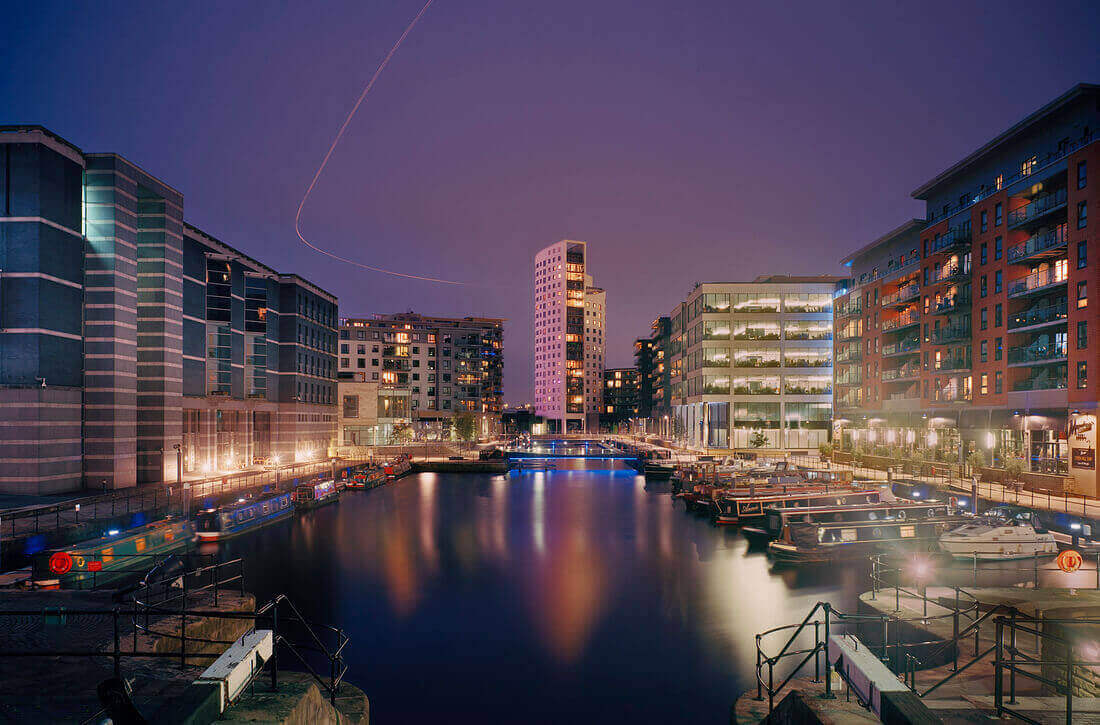 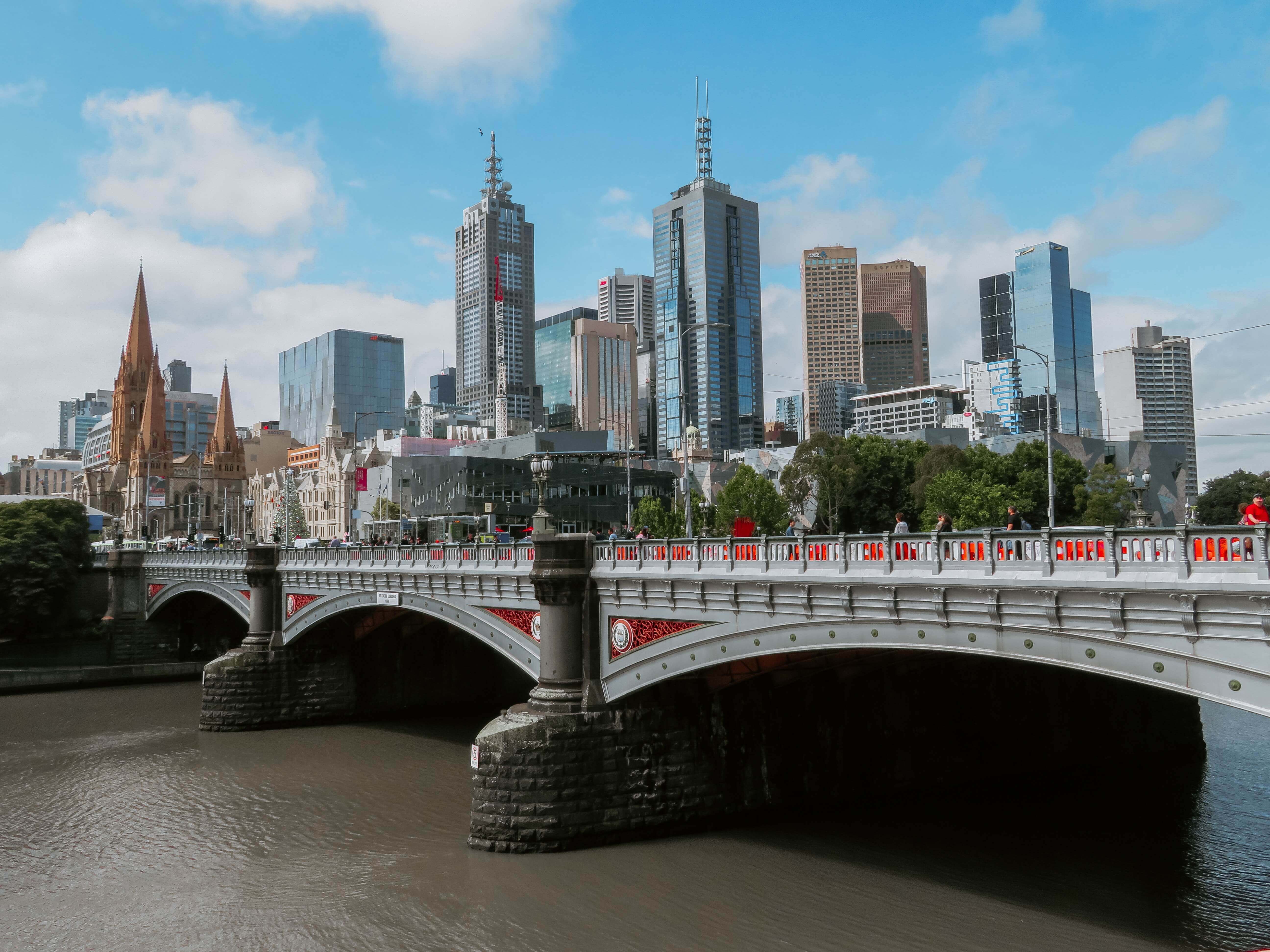 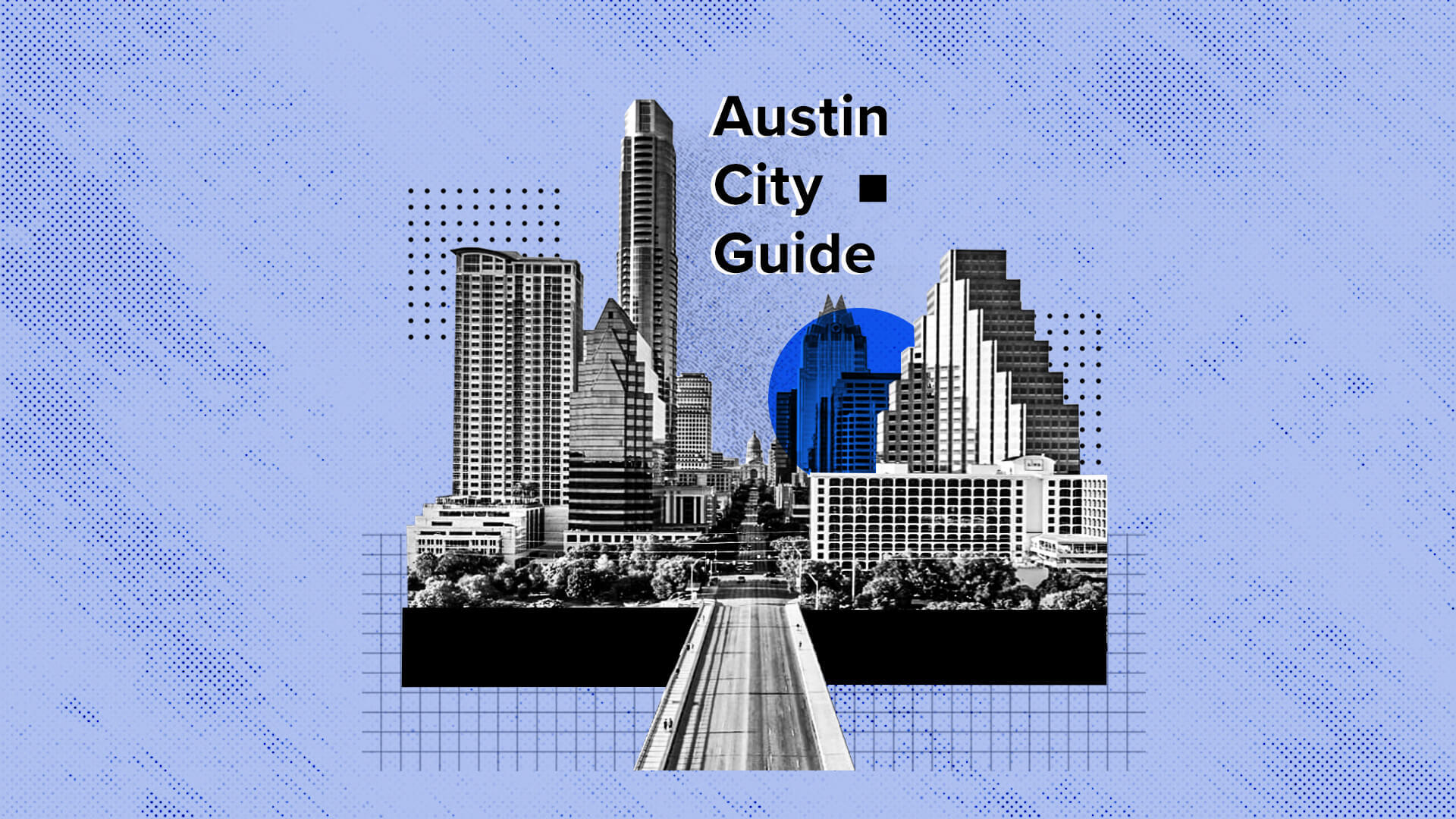 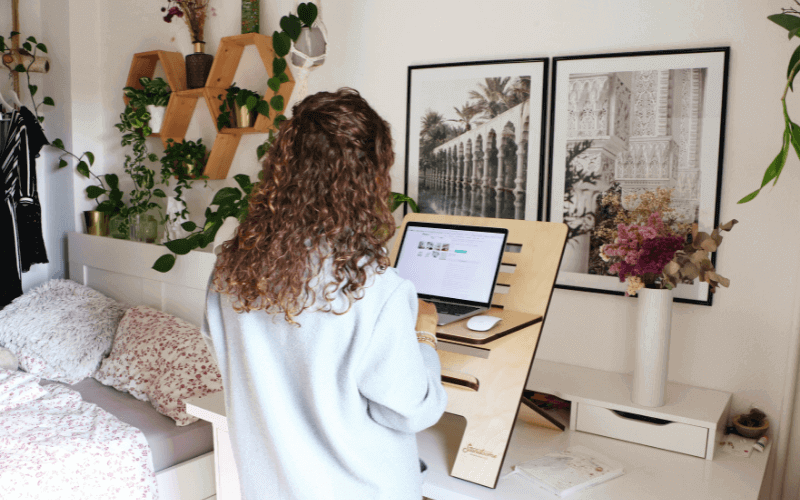