Best Theme Parks in the UK 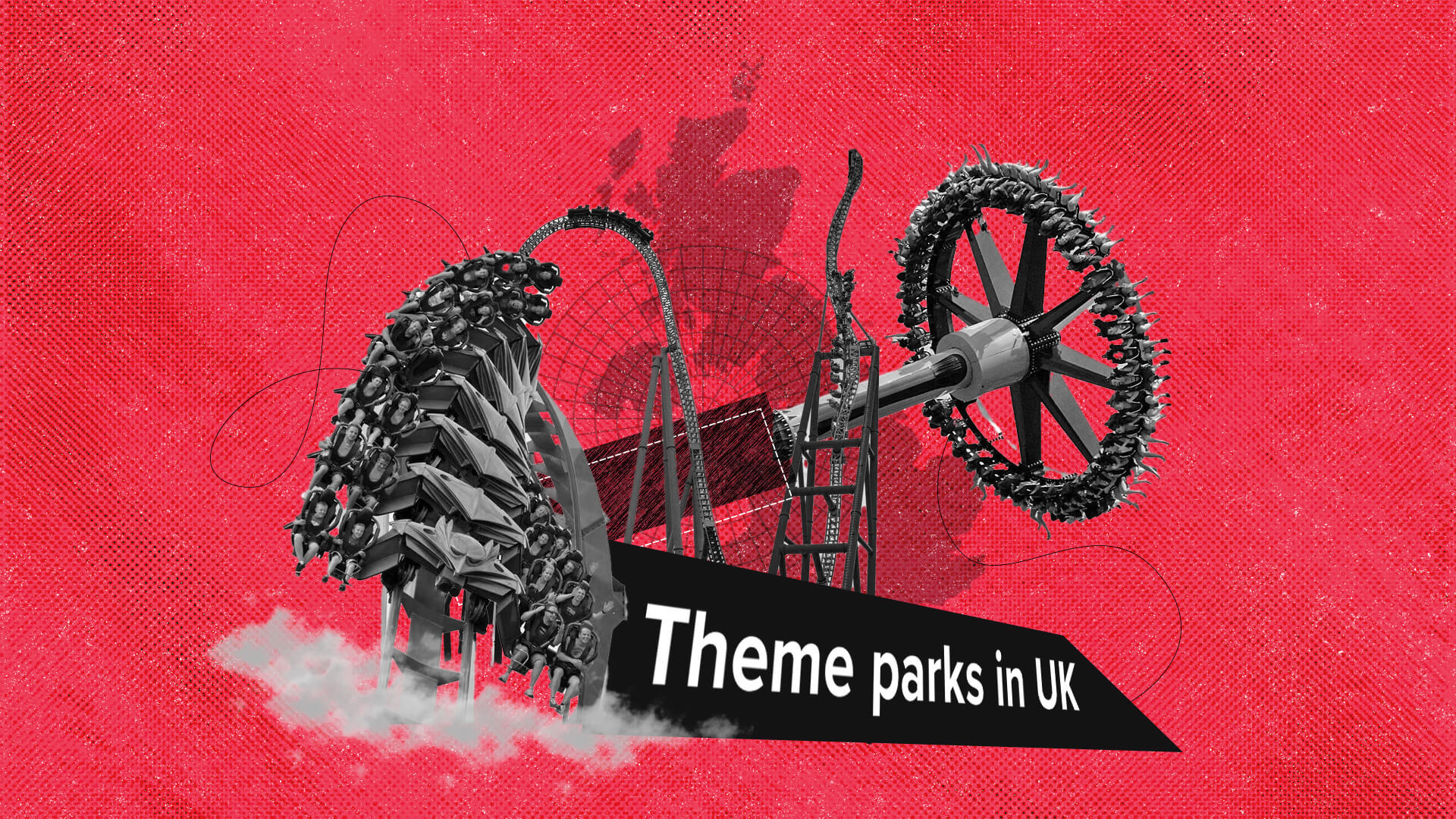 These certainly won't be your Final Destination!

A day out at a theme park is something that people of all ages look forward to. We all remember sleepless nights from the excitement of a trip to the theme park on the next day. But there's a huge difference between experiencing a theme park as a kid and as an adult. You guessed it right! As an adult you have restriction free access to all the spine chilling and thrilling rides. With roller coasters that reach God speeds within seconds, rides that let you experience a free fall from hundreds of feet above, rides that make the toughest of us scream until the throat goes sore;  a theme park is a “safest”  heaven on earth for all the adrenaline junkies out there.
‍
But unlike adventure sports a theme park is not only appealing to the adrenaline junkies but also the easy going people out there. With rides and attractions for anyone and everyone out there a theme park is a perfect place to relax and blow off some steam after a tense project, never ending submissions, ruthless exams and the many many sleepless nights that come along with them. Theme parks in UK are amongst the best from all over the world, making visiting all of them a bucket list task  for many of us. Check them out!

The largest theme park in UK, Alton Towers is a restored park located in Staffordshire. The 15th Earl of Shrewsbury initially owned the estate that is now known as Alton Towers. Following its sale in 1924, a group of local businessmen established Alton Towers Ltd, and the area was subsequently developed into a significant theme park aimed at thrill-seekers from the UK and abroad. The 1957-built model railroad and the Gothic-style hotel rooms at the location showcase the site's history. The six main roller coasters:

Attract tourists of all ages from across the nation looking for thrills. The Scarefest gives Alton Towers a frightening edge around Halloween by hiding ghost-like creatures and pumpkins throughout the theme park.
‍
Anyone with a sense of design, as well as adrenaline freaks, enjoy Alton Towers. The rides here are carefully incorporated into the terrain because there are height constraints for them. There are some well-known rides here, such as Nemesis and Oblivion, but there are also some more recent additions, such as Galactica, which includes a virtual reality headset. Additionally, The Wicker Man, the first wooden rollercoaster to be built in the UK in 20 years, is located here. At the UK Theme Park Awards 2020, Alton Towers took home the GOLD medal. Officially speaking, it is England's top theme park.
‍
Nemesis, Oblivion, TH13TEEN, Rita, The Smiler, Galactica, Gangsta Granny: The Ride, and Wicker Man are popular rides at Alton Towers. The only Cbeebies Land in the UK is also located there.

Legoland Windsor is a family-friendly amusement park in UK that is situated in Windsor, Berkshire, southwest of the heart of London. Over 2 million people visit Legoland Windsor each year, making it the most popular theme park in the UK. In 1996, on the site of Windsor Safari Park, Legoland was constructed. Visitors get access to a variety of attractions, models, and workshops with a Lego theme. Miniland, a 1:20 model Lego recreation of iconic cities and villages from around the world, is one of the park's most well-liked attractions. It is advised for visitors to use the railway system, which moves leisurely around the theme park's many sections.

A theme park in UK that is Drayton Manor was constructed on the grounds of the former Drayton Manor in Staffordshire, England. Visitors can embark on an experience where they will meet curious Tamarin monkeys and naughty marmosets while also taking a stroll through beautifully maintained gardens on the recently constructed Tamarin Trail. The amusement park has the only stand-up roller coaster in Europe, which is well-known for being extremely intense and having higher height limitations than other rides. Families hoping to spend quality time with their kids at Thomas Park and youngsters seeking thrills should both visit this theme park in UK.
‍
This family-owned amusement park is home to The Shockwave, the only stand-up coaster in Europe. If you're interested in trying that, visit this premier theme park in UK! Apocalypse, a 54-meter drop tower with five sides, is another option. These attractions are fantastic for youngsters, but adults will love Thomas Land's Thomas the Tank Engine-themed attractions. If you want to still have money after the day is through, just don't let your child into the Thomas the Tank Engine store. Drayton Manor also features family hotel rooms with a Thomas and Friends theme if you have more than a day to spare. The rides Stormforce 10, Shockwave, Air Race, Apocalypse, and Accelerator at Drayton Manor Park are well-known.

Between the towns of Chestney and Staines-Upon-Thames in Surrey, England, is where you'll find Thorpe Park, a hotel and theme park in UK with enormous roller coasters and the eagerly anticipated Ghost Train ride. Thorpe Park Estate was destroyed and converted into a gravel pit that was occasionally flooded in the 1930s. The site was rebuilt by Ready Mixed Concrete Ltd into a theme park with a water motif, which contributed to their claim that the park is "an island unlike any other." Among the park's most infamous roller coasters are The Swarm, the first winged roller coaster in the UK, The SAW, based on the horror movie SAW, and The Stealth, a 205-foot tall, 80 mph rollercoaster. The 15-minute Ghost Train trip treats riders with thrilling live action scenes, 4D special effects, and massive illusions. With some of the highest and fastest coasters in Europe, Thorpe Park has earned its place on the list of the finest theme parks in UK. The finest option in England for thrill enthusiasts is Thorpe Resort Park!
‍
Thorpe Park is a complete vacation resort comprising a themed hotel, an amusement park, a water park, and live entertainment. Thorpe Park is the most exhilarating theme park in UK thanks to its 7 rollercoasters, which helped it win the UK Theme Park Awards 2020 for "Best Theme Park for Thrills." When you visit Thorpe Park, be sure to ride Stealth England's fastest rollercoaster, which accelerates from 0 to 130 kph in just 1.9 seconds.
While Tidal Wave requires you to carry a change of clothes, Saw - The Ride offers a "beyond vertical" 100 degree drop. Popular rides at Thorpe Park include The Walking Dead: The Ride, Derren Brown's Ghost Train, Colossus, Nemesis Inferno, SAW - The Ride, Stealth, and The Swarm.

Dreamland is a theme park in UK  that is modelled after the traditional British seaside funfair and is situated in Margate, Kent, England. While amusement rides have been available at the park site since the 1880s, the current name was not officially used until the 1920 opening of the Scenic Railway Wooden Roller Coaster. The Dreamland location was formerly a salt marsh known as the Mere that was flooded until a seawall and causeway were constructed there in 1809. To many people's astonishment, Dreamland, which had been shut down in 2003, was resurrected in 2015 as a heritage amusement park with a variety of classic attractions. Its reopening was partially prompted by the locals' backing of "The Save Dreamland Campaign." For romantics travelling to the UK, there are several impressive historical rides as well as a beautiful Merry-Go-Round. The Dream Pass Card, which enables limitless entry to rides and free cash-free park walking, is particularly well-liked by visitors.
‍
After undergoing a renovation in 2015, this theme park in UK is now renowned for its 26 breathtaking rides, live performances, and festivals. The oldest rollercoaster in the UK, built in 1920, belonged to Dreamland Margate but was destroyed in an arson attack in 2008. The refurbished version of the oldest wooden rollercoaster in England is a superb illustration of how Dreamland Margate's "Save Dreamland" project honours the legacy of English amusement parks.
‍
Dreamland, which is situated across from Margate Beach's fine dunes, has seen a resurgence in popularity among day trippers from London and Instagram users searching for the perfect big wheel photo. If you go to Dreamland, you can find retro, family-friendly, and adrenaline-pumping rides there, along with pop-up shows, live music, art installations, unique pubs, and street cuisine. At Dreamland Margate, the Big Wheel, Born Slippy, and Cyclone Twist are among well-known rides. Betty's Beehive Coaster is another.

The Ultimate roller coaster, located in the Lightwater Valley Theme Park in UK, which is not far from Leeds, is renowned for being Europe's longest ride. It takes riders on an exhilarating 7 minute, 34 second journey around a steel track that is 7,442 feet long. The hidden theme park in North Stainley, North Yorkshire, England, got its start in 1969 as a modest "pick your own" fruit farm. Over 40 rides total, including high-adrenaline attractions like the Ultimate and Falls of Terror as well as a variety of more moderately thrilling rides like the Dragon Boats, can be found in Lightwater Valley. The Apollo, which just opened in 2016 and takes tourists on a 25m-high star flyer ride into the treetops, is one of the park's most well-liked attractions.

The Chessington Zoo, which has over 1,000 animals, and the Chessington Foreign of Adventures theme park, which has several areas decorated in the styles of various world civilizations, are both part of the Chessington Resort. Children are enthralled by the Chessington Zoo, where they may see a wide variety of animals, including dangerous Sumatran tigers, sea lions, and western lowland gorillas. The theme park was created by the Tussauds Group in 1987, and the Chessington Zoo opened its doors in 1931. There are more than ten significant zones in the World of Adventures theme park, including Adventure Point, Mystic East, Mexicana, and Pirates Cove. Children are the target audience for The Land of Dragons, which also has the 2010-built, fiercely spinning Dragon's Fury roller coaster. The Vampire, the main attraction of Chessington, takes guests on a suspended roller coaster train ride through an ominous-themed station.

The most popular theme park in UK, Pleasure Beach, is located close to the sizable cities of Liverpool and Manchester. It boasts receiving more than 5.5 million people in a single year. The park features more roller coasters than any other in the UK, more than 10, five of which are made of wood. It won the vote for greatest amusement park in the UK in 2014. The "Big One," which was inaugurated in 1994 and at the time was the tallest and fastest roller coaster in the world, is one of the park's many record-breaking attractions. When Pleasure Beach was first constructed in 1896, it just had the Scenic Railway and the Hall of Mirrors. UK residents of all ages have long enjoyed the fun offered by this magnificent amusement park.

Families may spend valuable time together at Flamingo Land, a resort, amusement park, and zoo in North Yorkshire, England. The Hero, a suspended flying coaster that debuted in 2013, has gained popularity for transporting riders along a corkscrew track side by side. The Cliffhanger, which lifts riders 180 feet into the air before launching them into a weightless free fall, is only for guests withe nerves of steel. Along with exotic birds and animals, Flamingo Land also boasts a collection of lions, giraffes, zebras, meerkats, and chimps.

From mega roller coasters for the thrill seekers to zoos and chilled out entertainment shows, theme parks in UK have everything that one can ask for. Hope you found your next theme park in UK to visit for a fun day out. Have fun, go crazy! 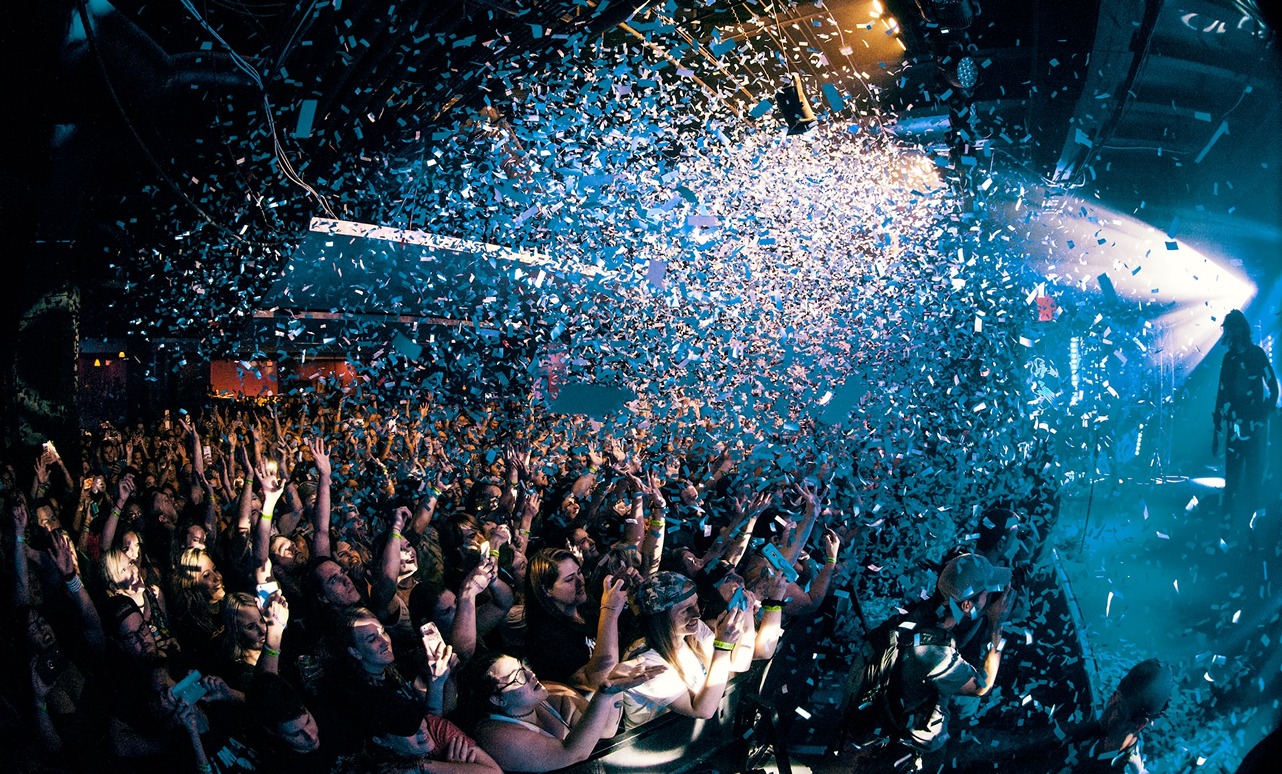 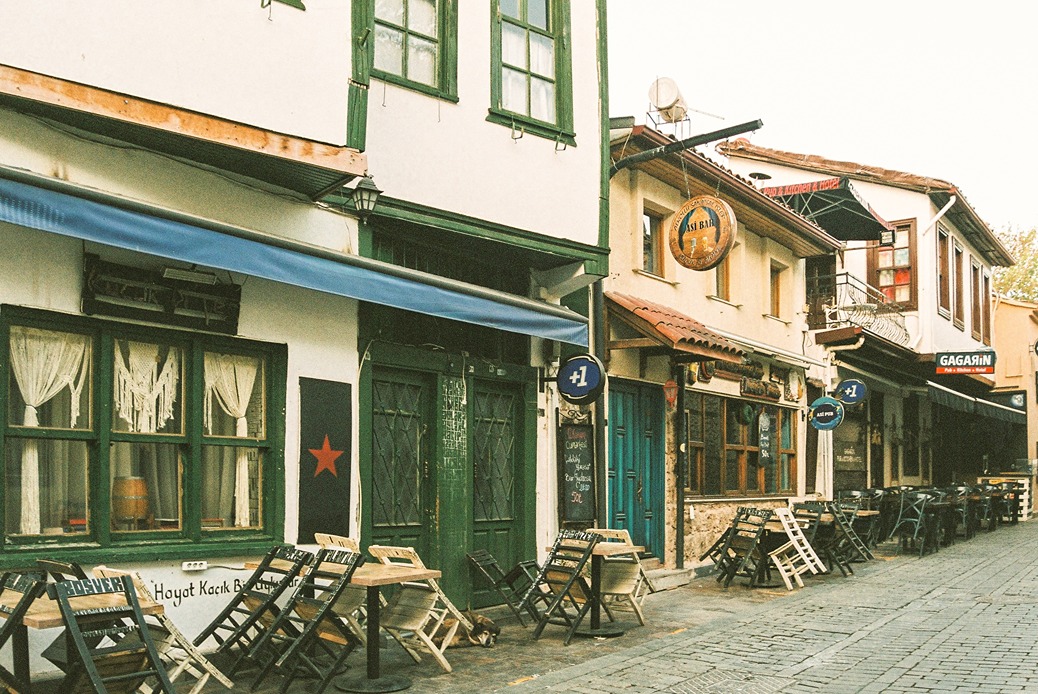 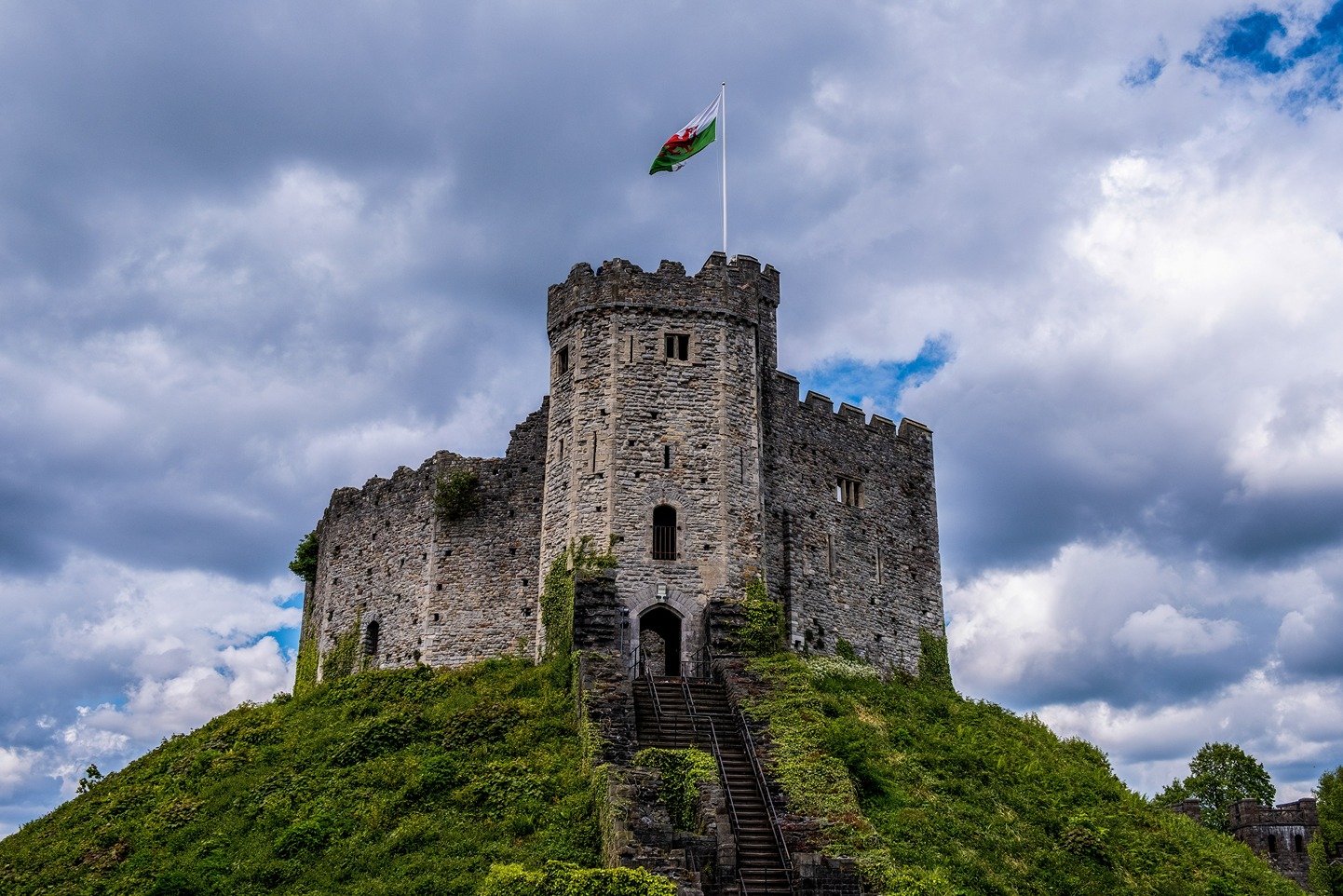 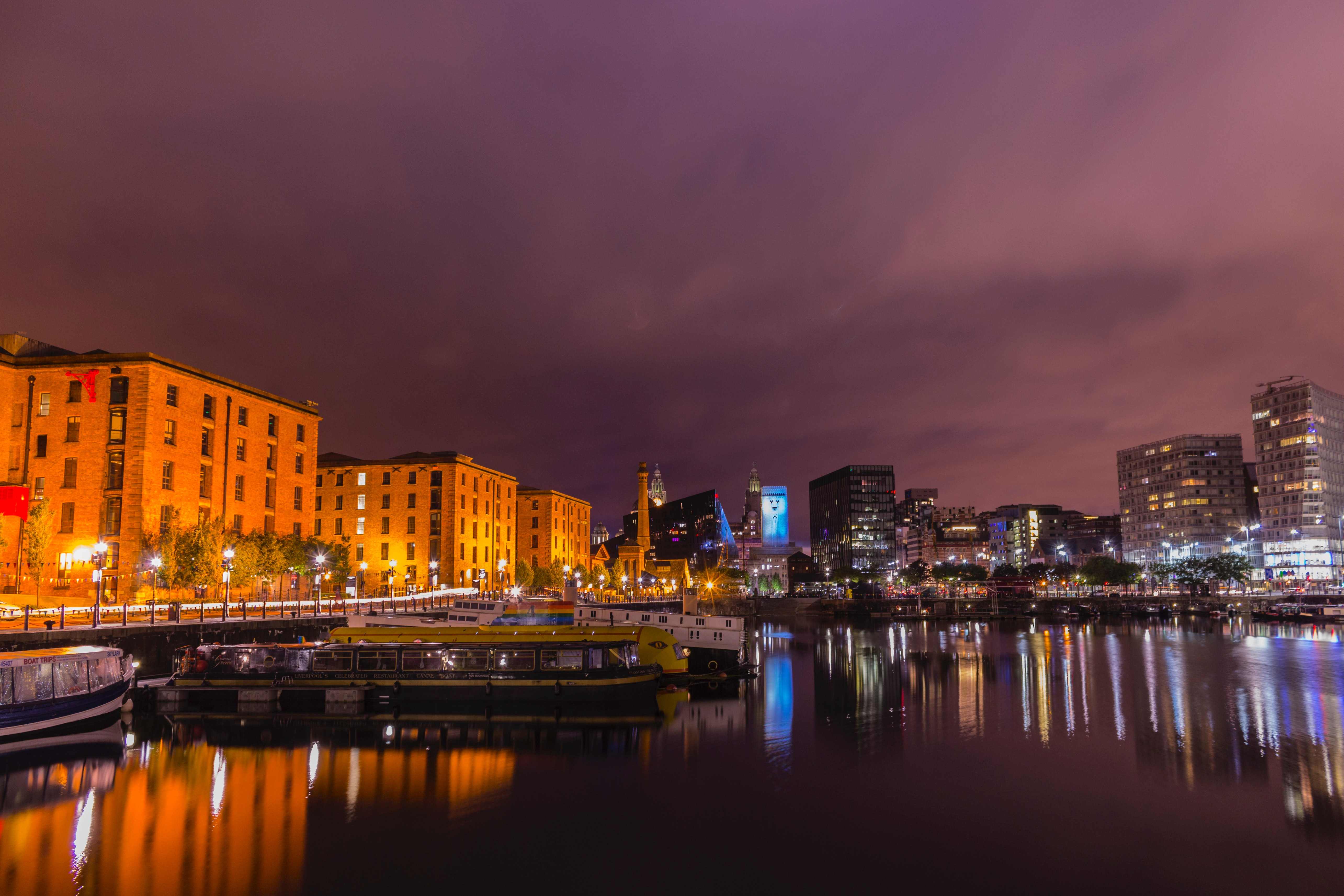 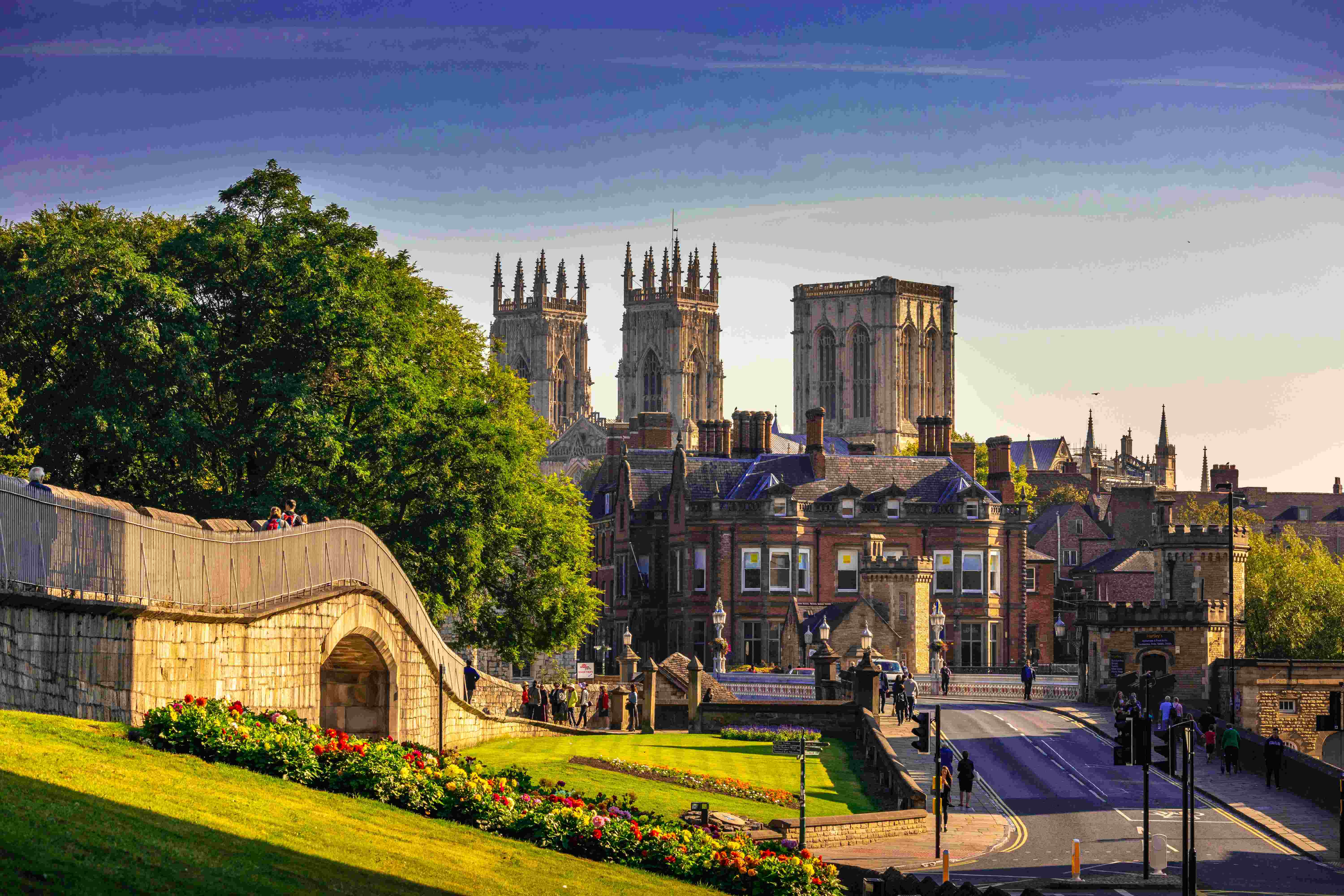 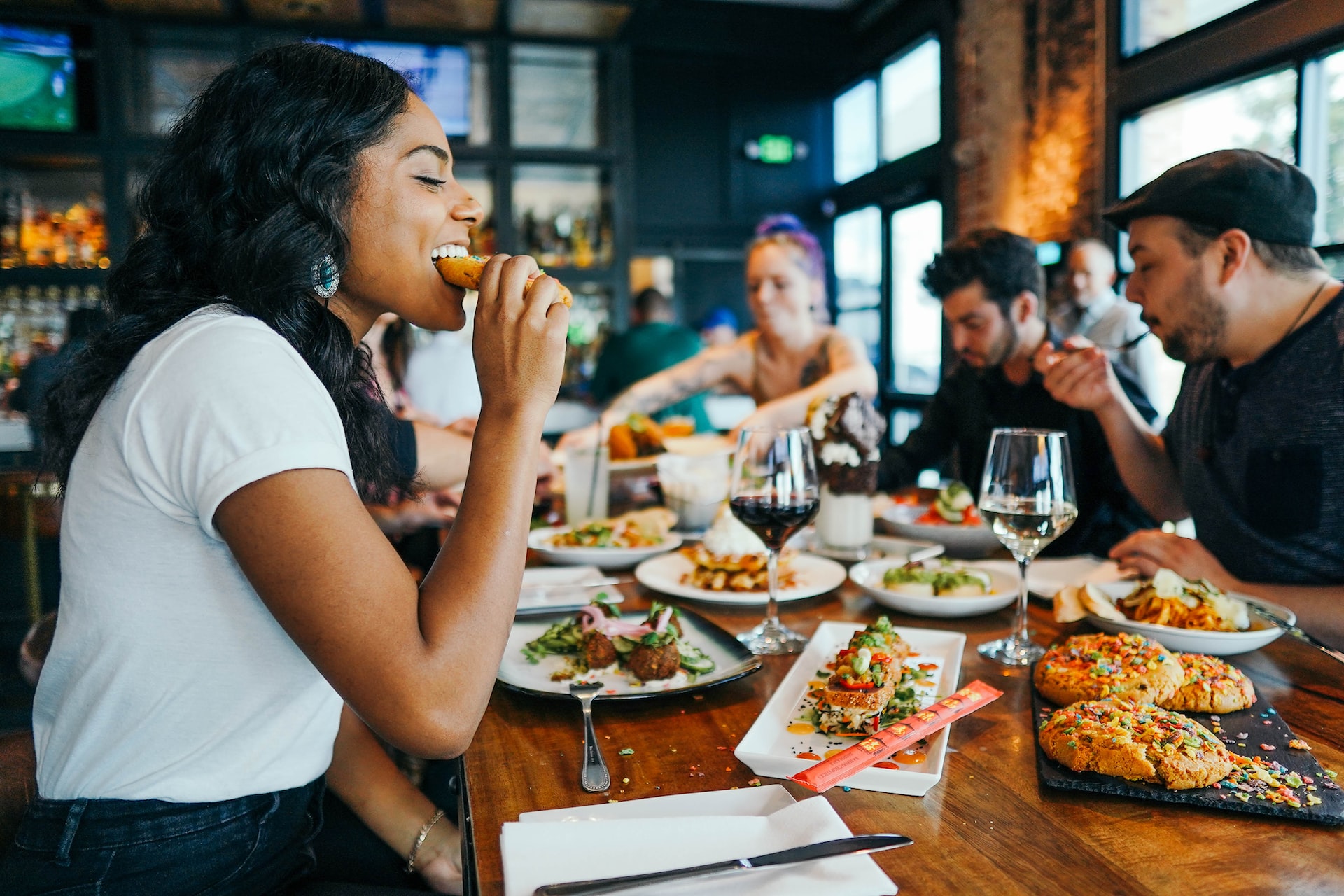